On Tuesday 5 January 2015 FullDome Lab was honored to host faculty members and students from Nanyang Technological University, Singapore , NTU School of Art, Design and Media (ADM) in Singapore at our production studio in Chiang Mai, Thailand. Fulldome.pro supplied a 7 meter/23 foot dome and projection system to NTU in June 2015 and the visit provided an opportunity for the school to show how they have used it to produce and display immersive ‪#‎fulldome‬ content and for the team at FullDome Lab to share some of their latest work with the students and professors.

The visitors watched the experimental film Chiang Mai Deep Trip, journeyed into the mind with Samskara and were enchanted by the children’s animation Gopal: Prince of the Cow’s Planet. 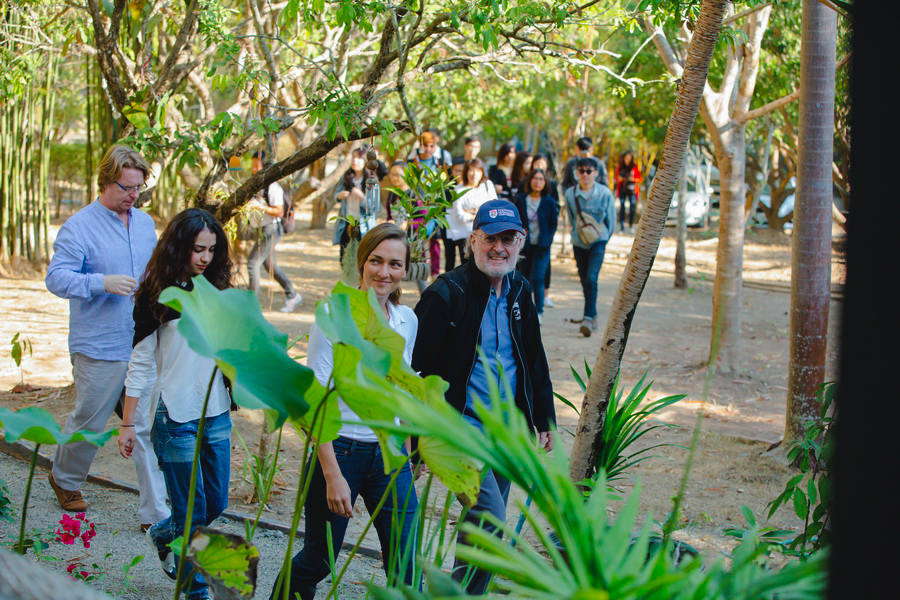 The professors, who included Oscar winning documentary maker Ben Shedd, discussed the technical aspects of ‘frameless’ film making and the use of dome cinema for documenting cultural heritage. As a further example they showed a short piece produced at NTU, in which the dome is transformed into a circus marquee with a trapeze artist swinging overhead. This piece forms part of an exhibition, currently running at NTU in Singapore, entitled Fellini: Circus of Light, which celebrates the work of the legendary Italian film director Frederico Fellini. Another piece, Vishwaroop, produced by school chair Vibeke Sorenson, and, like Samskara, inspired by Hindu philosophy, turned the dome into a fractal kaleidoscope accompanied by sitar and tabla music. 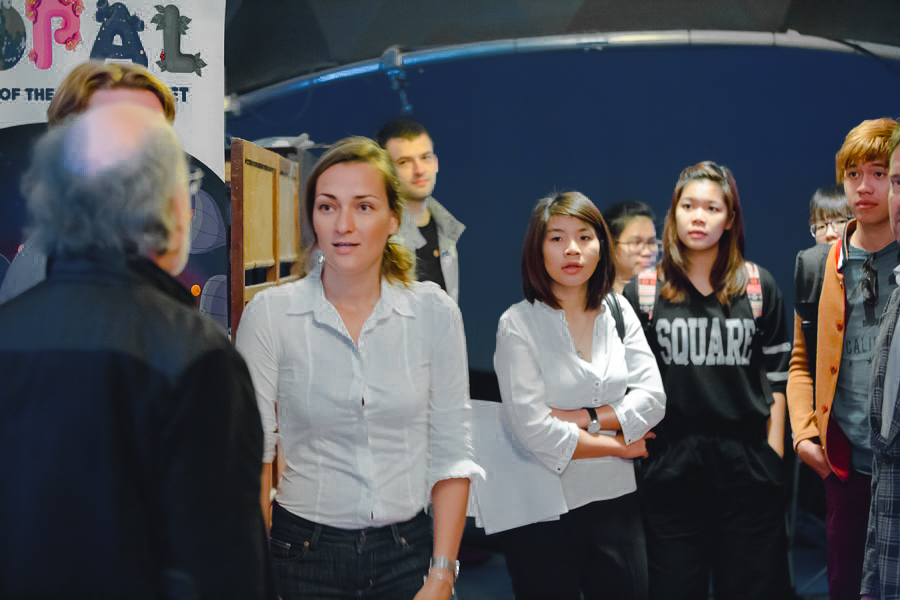 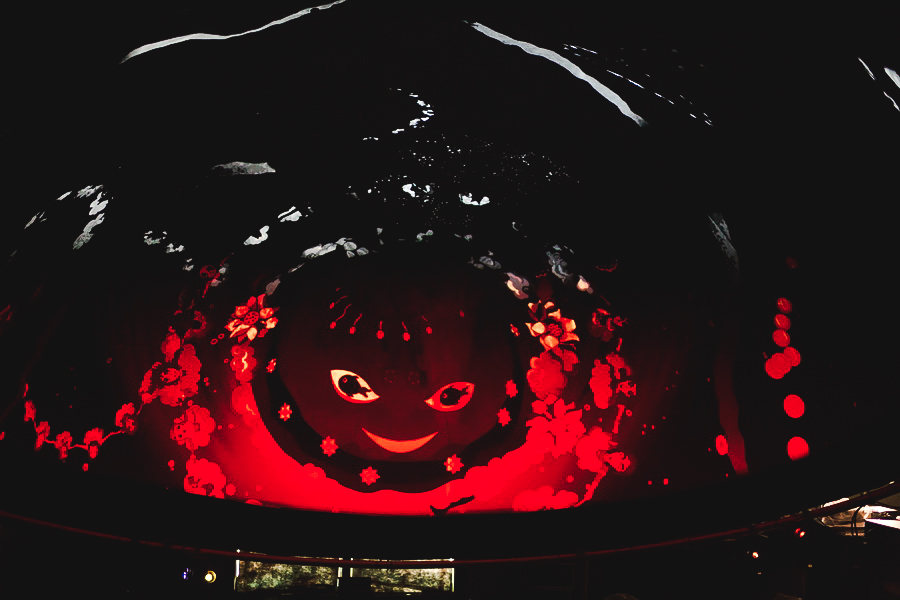 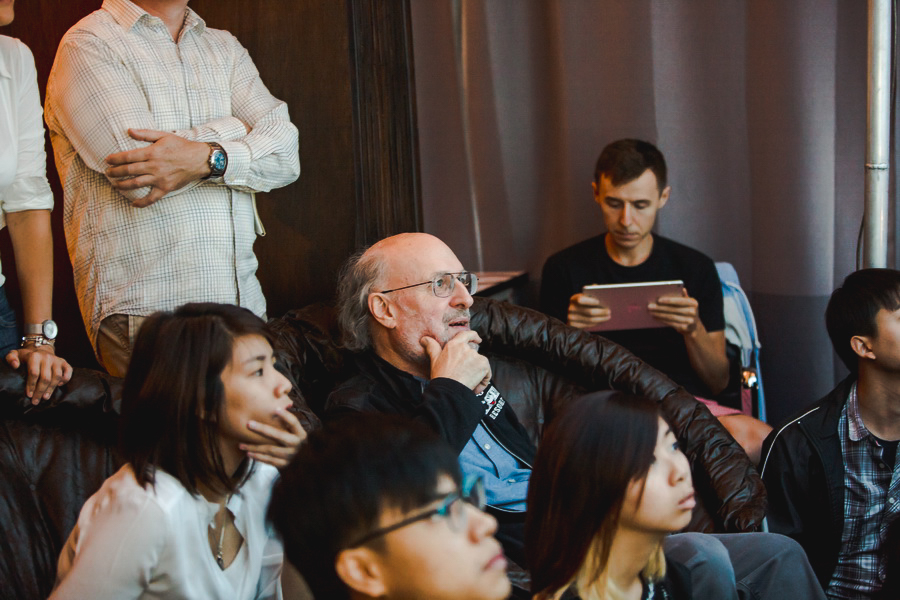 FullDome Lab and Fulldome.pro are proud of our relationship with Nanyang Technological University, Singapore - one of the top universities in the world – and hope to continue sharing ideas in the years to come. 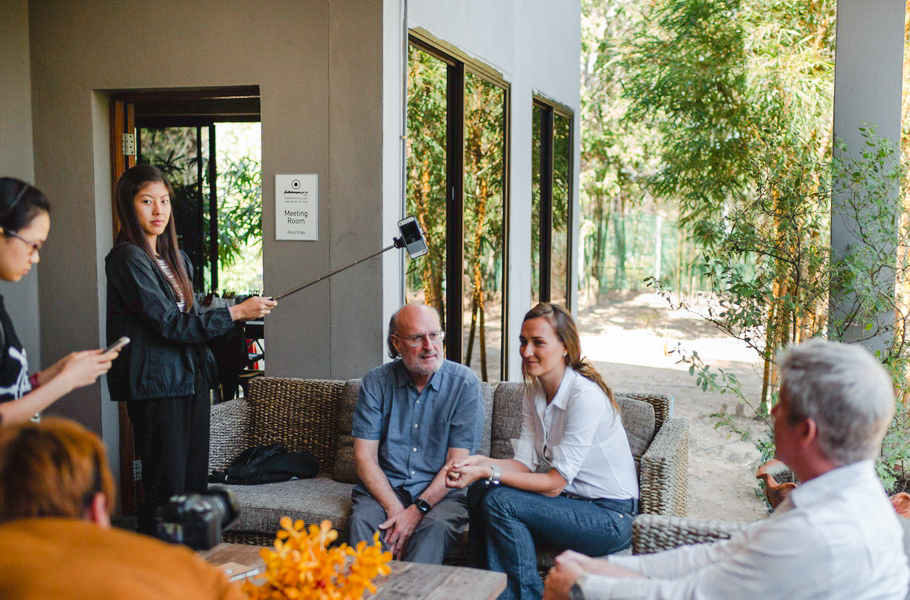